Our village primary school used to go across the village green to the parish church for two special occasions a year. One was the annual nativity play, a great occasion for tea towels and old curtains, and the other was today, Ascension Day.

The service on Ascension Day was memorable because we all had to take bunches of flowers with which we decorated a big wooden crown; because there was a lady who used to sing the “Alleluias” with a very loud quavery voice that used to make small boys giggle; and because, after the service, we had the rest of the day off school.

The children leaving the school that summer were allowed a special treat at the end of the service, the opportunity to go up the church tower to look across the countryside around. Our church tower was not very high, but climbing it seemed a special moment, a rite of passage that would not be repeated.

Our family were not churchgoers, we really professed no faith at all, apart from putting  down “Church of England” for our religion when asked to state such information. Despite our nominal connection with the church, the teaching of the Bible at the primary school was very strong and there were many stories that were baffling to a small boy.

However, the world does not operate according to the wishes of small boys. The Ascension Day service  remembered the moment forty days after Easter when Jesus returned to the Father.  No-one could explain why this had to happen, but there were a lot of things in the life of a small boy that were without explanation. 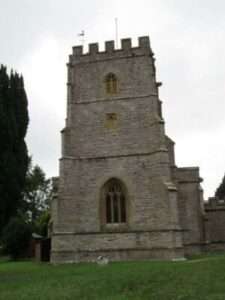