It was Tina Charles’ song, I love to love that seemed to be a step too far for Damon. We only shared a room for half a term at the end of his time at the school, perhaps there had been an accumulation of annoying lyrics and Ms Charles’ song, which was a Number One hit in Britain and across Europe, was the straw that broke the camel’s back, or slid the needle across the turntable.

“The minute the band begins to swing it. He’s on his feet to dig it,” went the record at 45 rpm on the school record player, and he would put his hand in his hair in exasperation.

“Swing it, dig it. Those words don’t mean anything.”

There would have been no point in trying to explain that they were well-known slang, and had been for a long time, as far as my fifteen year old self knew. Nor would there have been a point in trying to suggest that Tina Charles’ lyrics were very clear and very plain English when they were compared with those of many other artists.

(There was an odd sense of satisfaction in seeing the song used in the opening and closing scenes of BBC television’s 2015 psychological crime series River. Not only was it played, but it was played as more than background music. There is a dance sequence in the street with an imagined partner and imagined disco lights that was a poignant expression of the pain with which the series ended. There you are, Damon, someone thought it was a good song).

It was the release of Mamma Mia! Here We Go Again last Friday that prompted thoughts about lyrics. Abba songs were generally very clearly expressed, but there were the odd moments that made Tina Charles’ songs look like a model of eloquence. Bang-a-boomerang must have been the Abba song most notable for nonsensical lines:

Did it really matter, though? For centuries, there have been many songs with meanings that were oblique, if not outright nonsense. The object of music has always been more about experience than about cerebral content. One does not need to understand a word of Italian to enjoy a song from an opera, nor to have learned any Latin to appreciate the music of a cathedral choir. There must be millions of non-English speakers around  the world who will listen to the Abba songs in the coming weeks without feeling any need to understand every word that is sung. Damon would be annoyed. 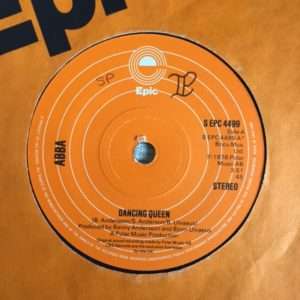