So near, and yet so far away

In 1981, the 1960s seemed a different world. Going to the Monsters of Rock Festival in Castle Donington in August of that year, AC/DC, the band at the top of the bill, seemed as far removed from the bands that played at Woodstock or the Isle of Wight as those bands were removed from the rock and roll groups of the 1950s. Yet, in memory, 1981 seems part of the present, whilst the 1960s seem part of the past.

The temporal perception was challenged today.

A colleague aware of my magpie-like inclinations handed me a brochure that some forebear had brought home from a holiday forty years ago.

Discover Weardale, Allendale, S. Tynedale might have been a publication with a very specific geographical locus, but browsing through its pages there is a sense of engaging with a time that was very definitely not part of the present.

Of course, the perception of 1981 as a time that was stable and predictable is entirely nonsensical. It was a time of violence and instability, a time when the world was in the state of flux, yet the world that filled the television news headlines did not intrude upon the pages of the guidebook.

Among the cultural artefacts to be found are advertisements for accommodation. One might have had bed and breakfast for £4 and an evening meal for £1.50 extra. Most of the establishments had three digit telephone numbers and hardly any included a postcode in their address.  (What use was a postcode to someone seeking a bed for the night? It gave no information about how to find a place). Hotels advertised amenities such as central heating and a television lounge.

One inn includes its menu, presumably to entice visiting tourists. The fare is that of former times, with prawn cocktail appearing among the starters, gammon and pineapple included among the main courses, and sherry trifle being on the dessert menu. The landlord of the inn is titled ‘mine host’ at the foot of the advertisement.

One of the larger hotels has forty rooms, it says that it is ‘unlicensed,’ but also that it has a ‘sauna.’ There seems an incongruity between the absence of alachol and something as exotic as a sauna.

With its pen and ink sketches, hand-drawn maps, and diversity of fonts, the guide is very different from anything that might be published today. In 1981, it would have been a definitive source, for where else would you look for information? 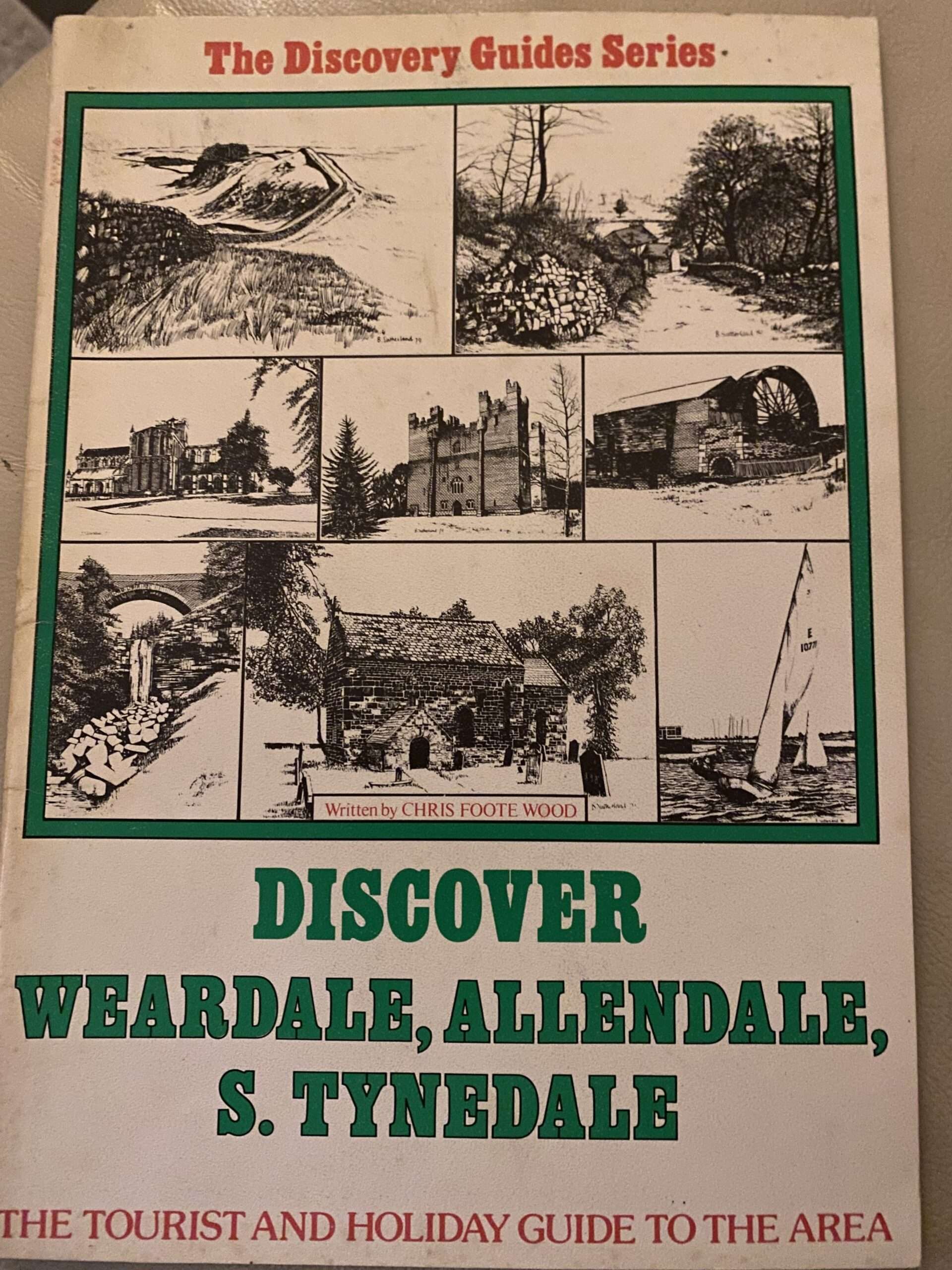 2 Responses to So near, and yet so far away