A friend suggested writing a memoir. ‘What of?’ I asked.

More important than memoirs are memories. Memoirs might, or might not, interest someone else (mine would fall into the latter category). Memories, on the other hand, can be deeply important to the person recalling them.

The Internet is a boon for the business of memories, it allows cross-schecking. It allows the possibility of verification of what year something may have happened, and sometimes more precise dating.

So an online search was able to tell me that the time I recall stopping to allow a train to pass at level crossing gates in Martock must have been when I was three or four years old.  The station closed to passengers in June 1964 and to goods the following month, although, before its complete closure, the line was used for training in the winter of 1964-65.

From a similar time comes a memory of a moment standing on an empty platform with my mother at Langport West station, which was on the line from Yeovil to taunton that passed through Martock.  It has to date from before 13th June 1964, because that was the Saturday on which the last passenger train departed from the station. My mother tells me that we were going to Taunton to visit my father who was in hospital. The oldest I could have been, in that clearly recalled scene, was three years and eight months old.

Why do steam trains loom so large in those early memories? Perhaps to a small boy, they had often seemed to be fearful machines, prone to making loud noise, or sudden bursts of steam.

From that steam train era comes a recollection of a day trip to Weymouth. There was a  train that went along the line that went through the streets on its way to the harbour, from where ferries left for France and the Channel Islands, and there was a fire engine, its bell ringing loudly, which passed us on its way to a call in the town.

My mother’s recollections go back to when she was even younger.

Asking my late grandfather about them seeing an airship, my grandfather had responded, ‘How do you remember that, Ruby, you were only two? I had taken you out to Aller with me on the bicycle. On the way back, we were at Whitehill when it went over. I stopped and we stood and watched it for a long time.’

It was a story that was often questioned. Was it imagined? Was it a retrojection of a later moment? One local telling of it by a man in our village had embellished the story to the point where it was said that Adolf Hitler had flown over. 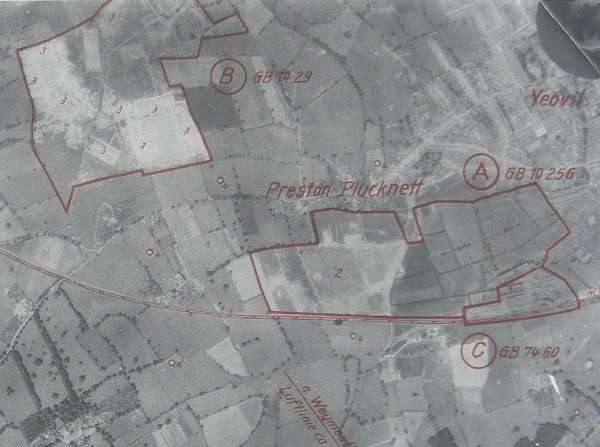 A search of the web confirmed that a German  Zeppelin had flown over Yeovil before the outbreak of the Second World War in 1939. Reconnaissance pictures it had taken included photographs of the Westland aircraft factory.

Such memories have a deeper fascination than mere memoirs.