A tree grows up out of a grave at Saint Andrew’s Church in High Ham. The name of the deceased, whose mortal remains lay beneath the tree, is indecipherable, not that legibility would add much to knowledge of them. The corner of the churchyard dotted with Victorian memorials is unkept, the graves have been unattended for generations.

It is more than fifty years since my family moved into the last of the line of council houses on Windmill Road, my mother’s family have lived within a few miles of here for at least four hundred years, memories are long and yet the names of the Victorian dead are names I have not heard spoken. Perhaps the families died out, perhaps they moved away, but they seem as forgotten as the stones to their eternal memory.

Forgetfulness seems characteristic of my people.

The tree growing from the grave recalled the line from Seamus Heaney’s poem Requiem for the Croppies. Writing of the Battle of Vinegar Hill in Co Wexford in 1798, a battle in which pikemen faced muskets and cannon, Heaney concludes his verse with the line, “And, in August, wheat grew up out of the grave.”

Not remembering those lying beneath the turf of the churchyard, we seem also to forget those who died facing guns with pitchforks. In 1685, it would have been possible to have walked from the churchyard and stood at Turn Hill and watched the one-sided conflict that was the Battle of Sedgemoor. There would have been stories of death and loss, and grim tales of the violent retribution inflicted upon local communities by Judge Jeffreys Bloody Assizes.

In some places, there are plaques on walls recording the fact that rebels from that town or village had been hung, but there is no sense of a wider ownership of such a history.

Perhaps, in recent times, there have been no poets in the English language whose work is comparable with that of Heaney, but those poets there are do not use themes of battle and death in a way that is possible in Ireland. There is no major piece of literary work that re-presents the Monmouth Rebellion in 1685 as a popular movement that resulted in the deaths of hundreds of peasant farmers. There is no re-presenting the story of the rebels in a way that makes it a symbolic moment, that imbues the story with a deeper meaning.

Lying unremembered in Somerset soil has a long tradition. 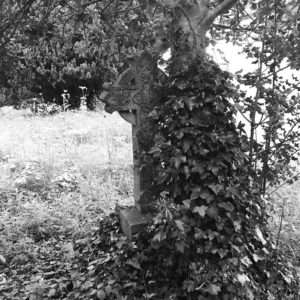