My nephews gave me a set of photo coasters for my sixtieth birthday, the photos of local scenes having been taken by one who is thirteen years old and who has a wonderful eye for light and shape and colour.

Setting aside the packaging in which the coasters came, I realised that the expanded polystyrene would have been put to further use when I thirteen.

Fascinated by stories from the Second World War, I would play war games with a friend in our village. We would set out battlefields with hills made from papier-mache and buildings made from cardboard. The expanded polystyrene packaging might have been painted grey and put into the battlefield as a pill box, a fortified position.

The war had been less than thirty years before, but to us it was the stuff of Airfix soldiers, Commando comics, and black and white television films. We fought and re-fought the scenes that we imagined without ever trying to imagine  the horrors of the times, or the memories that would have still been borne by the veterans, some of whom lived in our village.

It seems unlikely that a thirteen year old now, someone born in 2007, would recall a conflict that had only ended fifteen years before the thirteen year old had been born, without being aware of the harsh details of that war. It is hard to imagine that the current cohort of secondary school students would not be educated in the realities of a war that only finished twenty-eight years ago.

Why was it that we knew so little? Why could we have painted polystyrene packaging, to provide a machine gun post for our battlefield, without thinking about what the reality of battle would have meant both for those who manned the post and those who would have attacked it?

History classes in secondary schools now would explore the experiences of the soldiers who participated in the war. They would be taught the background to the war and told about how the conflict had affected the whole country. Soldiers would become flesh and blood people, not just plastic figures on a paper-mache landscapes.

Perhaps our battles were fought without knowledge because the memories were too raw. Perhaps people felt that it was better if nothing was said to teenage boys. Perhaps there was simply a lack of resources to educate us about the reality of what had happened.

Looking at the polystyrene packaging, I wondered what we were thinking. 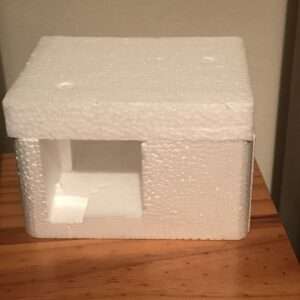