It is odd seeing conkers ripening on 9th July; the strange weather has meant the times are out of joint. Standing on the village green in High Ham, taking a picture of them, a memory from childhood surfaced, a memory from more than fifty years ago.

My father had taken me to a roadside a mile or so from our house, outside the village of Long Sutton, where a line of horse chestnut trees had shed their fruit along the verge. The conkers had obviously already been well picked over, but there were enough good ones to satisfy a small boy. The next day in the playground of the primary school, a boy approached me. “You were taking our conkers last night; you stay away from those trees”.

Of course, the response should have been to say that the conkers were along the roadside and that anyone could have collected them, that I had done nothing wrong. Instead, there was a feeling of needing to apologise, “Sorry, I didn’t know”.

Perhaps the tendency to apologise for feeling in the wrong stemmed from that moment, perhaps the moment reflected some experience much deeper in the psyche. In student days, it persisted, feeling that I should always be apologising, even for the clothes I wore or  the music I played.

“Flares! You don’t really wear flares, do you?”

“And where did you get that jacket? Rob, come and look at this jacket! The collar is so wide it could fly”.

There was general laughter. It was 1979 and the flares were quietly phased out; the tartan patterned bomber jacket was replaced with a black leather one. He came from Surrey and regarded himself as arbiter of all fashion matters. Not only was he an authority on how to dress, but on most other matters as well. There was the day he came in when BBC Radio 1 was playing.

“You’re not really listening to that, are you? Nobody listens to Radio 1 in London. Why would you want to listen to Radio 1?”

“Um, well, in Somerset, you see, there is no alternative. There aren’t any stations except the BBC”.

“But you’re not in Somerset now, you’re in London. Let’s put Capital on and have some proper music.”

His authoritative opinion was that there was nothing worthwhile from outside of London; only the Americans could compete. Mention of Ritchie Blackmore, a Somerset man, who had played with Deep Purple and by then was with Rainbow caused him great hilarity. Throwing himself back on his bed with his feet in the air, he exclaimed, “Rainbow? Rainbow! You’re a dinosaur if you listen to stuff like that”.

The response should have been that he was entitled to his tastes and to his opinions, but not agreeing with him didn’t mean I was in the wrong; instead, there was an apology. 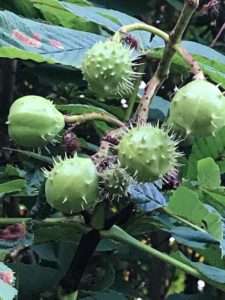